One of the most popular rock climbing crags in the Cortina d’Ampezzo is the Cinque Torri (five towers). At the same time you find a great variation in grades and routes (for instance: faces, cracks, corners etc).

The Cinque Torri  – five Towers – are located to the west of Cortina on a grassy hillock at circa 2200 m. And so is part of the Dolomites in the Averau group. The characteristic profile isn’t comprised of just 5 towers, but by a mass of secondary boulders, fractured towers and peaks sprinkled liberally across the entire area.

The rock is very solid and compact, ideal for rock climbing. There is the possibility of practicing sport climbing or multipitch routes for beginners or advanced.

This area is also very interesting for the outdoor museum of the Great War.
The 5 Torri represents a perfect combination for entering in touch with history enjoying stunning Dolomite landscapes. On this mountains was fought an incredible war between the Iitalian and the Austro-Hungarian army. Particularly the Cinque Torri was a strategic place for the italian army operation, which was committed in advancing towards Val Badia. It is for this reason that the Mountain Artillery Commando was located here. Today thanks to an enormous restoration, you can visit the fortifications and walk in the trenches. 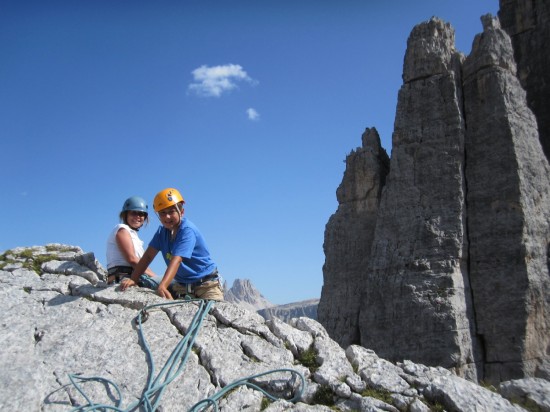 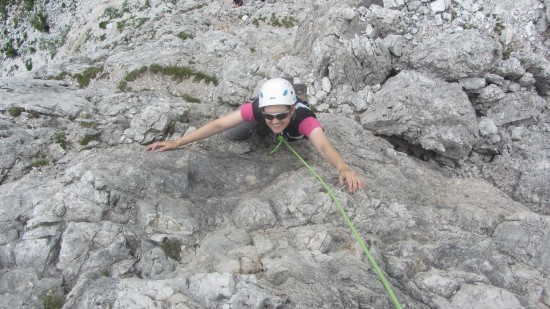 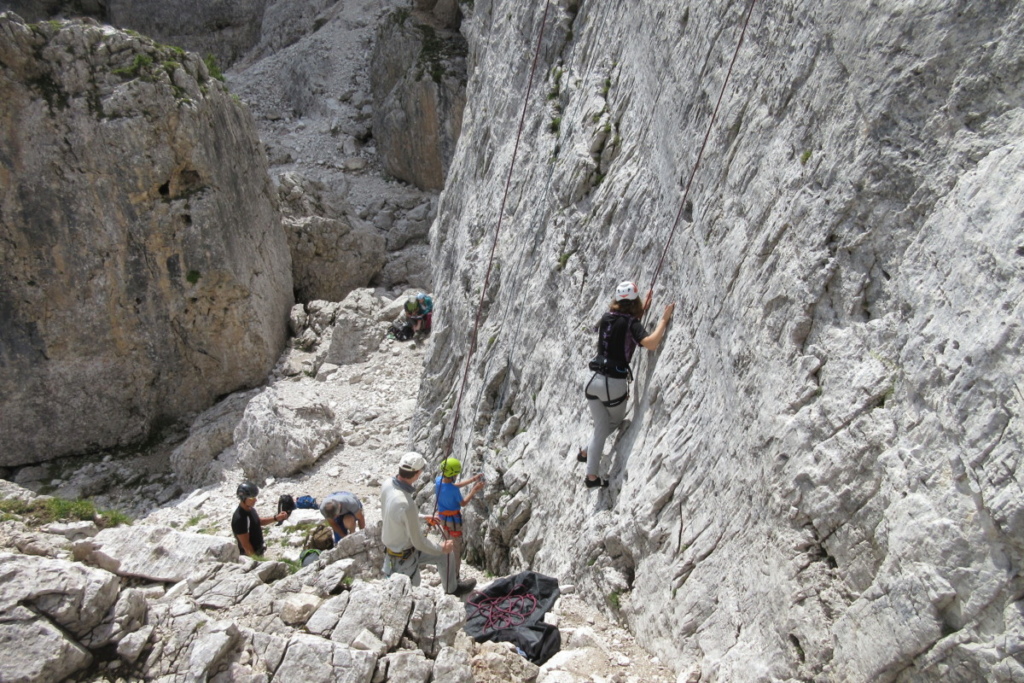 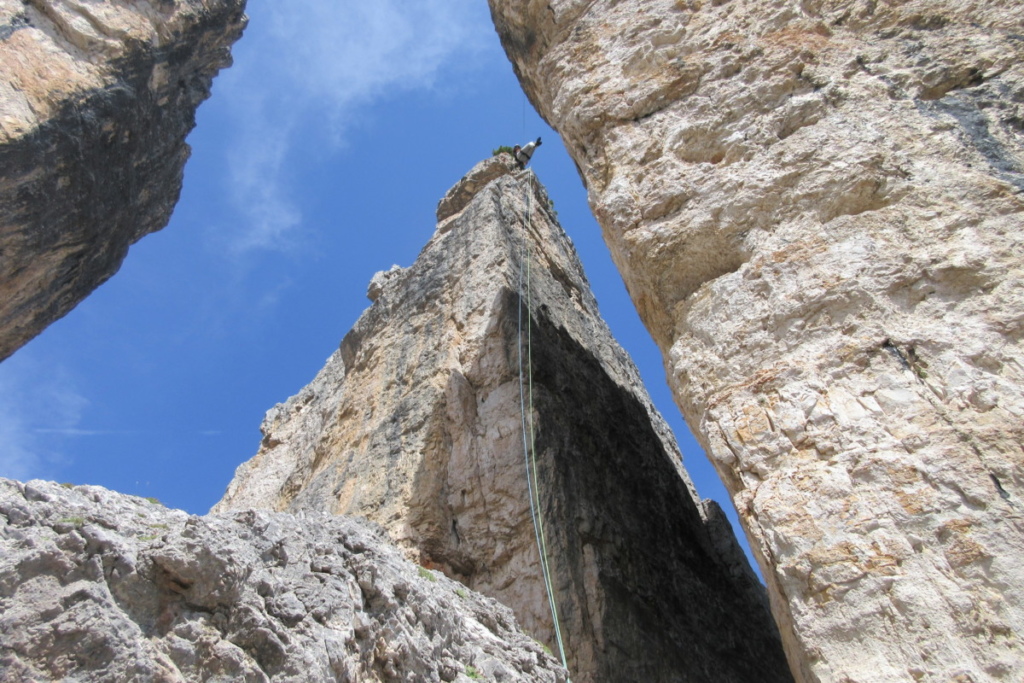 abseil on the tower 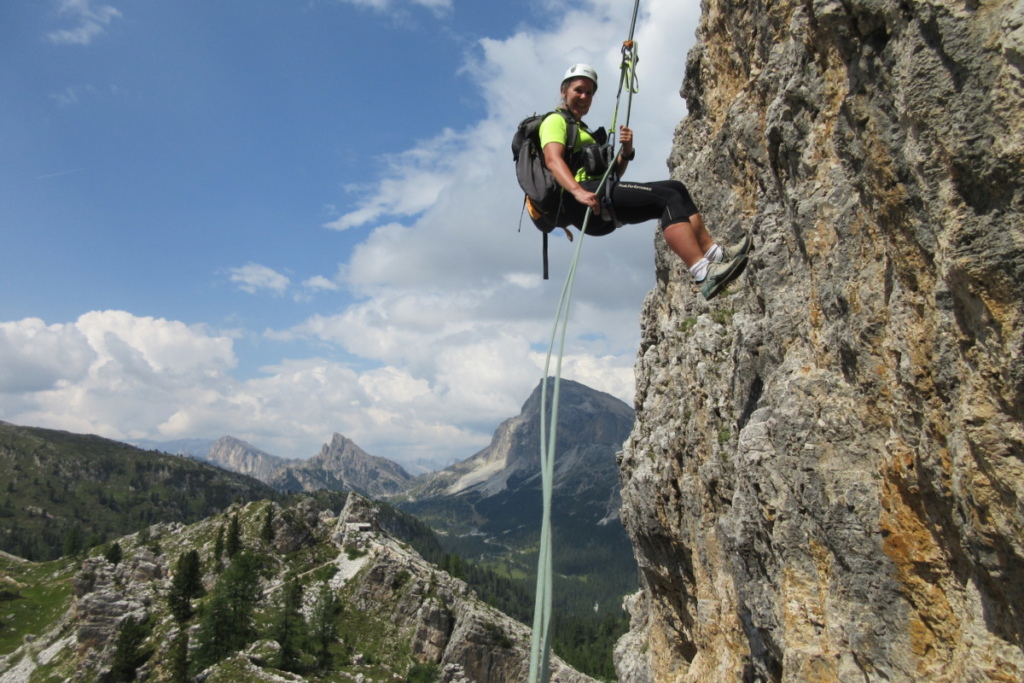