Marmolada normal route:
The Marmolada is a mountain in northeastern Italy and the highest peak of the Dolomites. It lies between the borders of Trentino and Veneto. It hosts a glacier in the northern part. She is commonly called as Dolomitis Queen, because she is the highest peak with 3343 m.

This is an alpine glacier tour with some large crevasses;  You need crampons, Ice Tool, helmet, harnesses.

The cablecar no longer works! Therefore, the ascent is only possible as a 2-day tour.

Starting point:
from Canazei you arrives the Fedaiapass at 2057 m. You pass the Fedaia lake on the the dam and after two curves you arrive the parking place.

1st day:
Departure from the parking on path n° 606 to the refugio Pian dei Fiacconi at 2626 m. Total: 2 hours, 600 m in ascent.
In the evening briefing with the mountain guide and distribution of the hardware.

2st day:
at 6am start to the ascent on the glacier. After 30 minutes we’ll put on the crampons and iceaxt. Now we follow the glacier along some crevasses.
Because should not be underestimated!
On the middle part is a short via ferrata with a easy/medium difficulty.
On the summit there is a rest stop to eat and drink something. Good physical condition is essential. Glacier hiking with rope, crampon and ice axe!!
Total time ascent: 2 1/2 – 3 hours, 700 meters in ascent.

Very strong climbers can do the ascent in one day! Total hiking time: 8 – 9 hours, 1300 meters in ascent/descent! 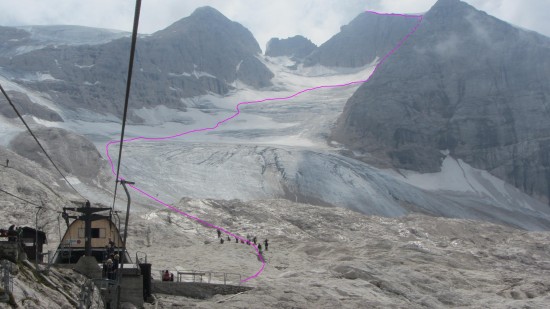 the Normal Route to the Marmolada Summit

The first part of the ascent on the glacier 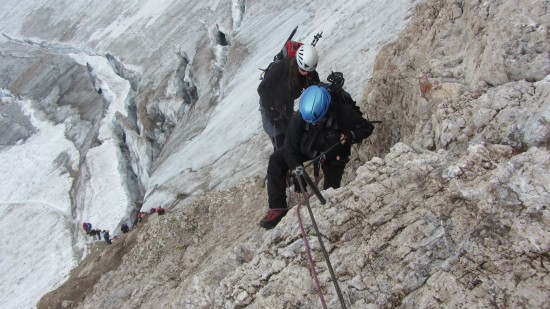 August 2012: the via ferrata on the Normal Route 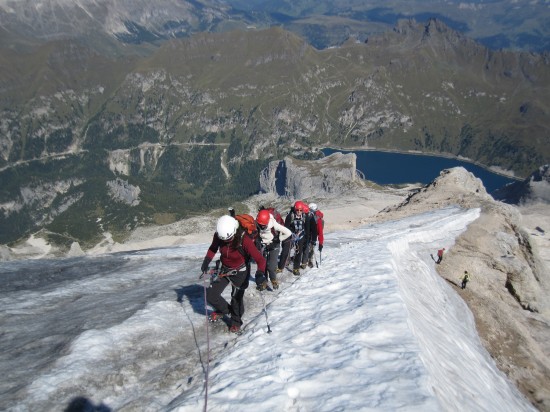 near the Marmolada summit 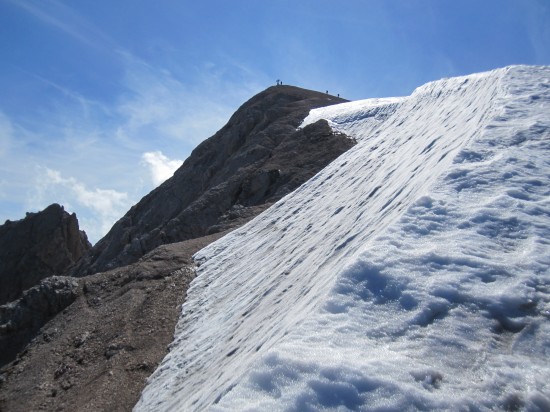 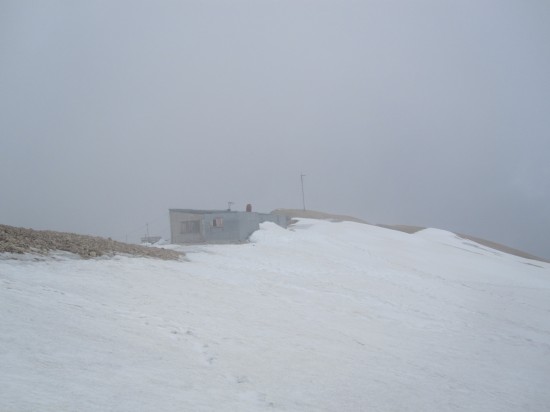 The Punta Penia Hut on the summit 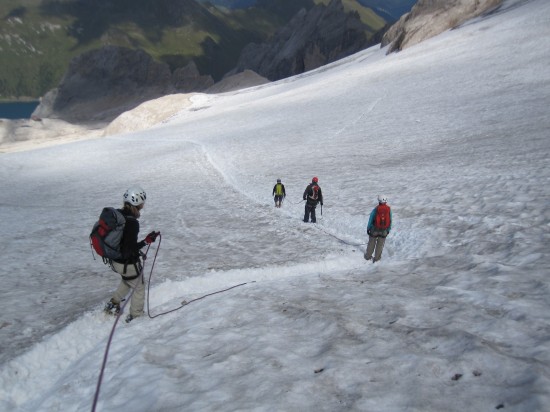 The descent from the top 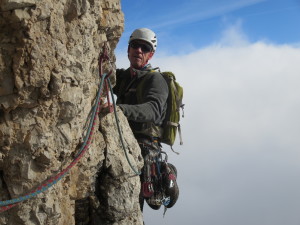